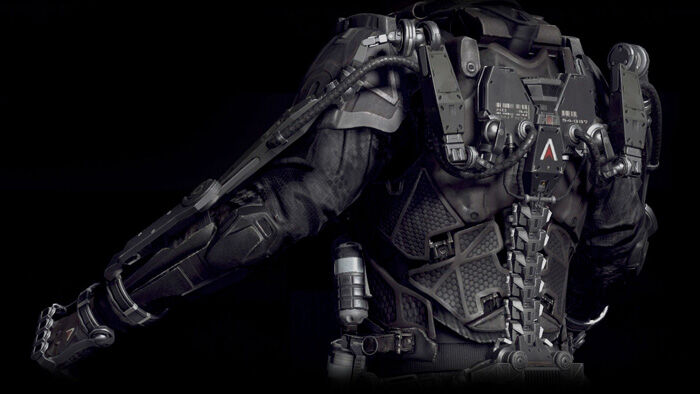 The ability to utilize a technologically powerful suit of armor. Mechanical variation of Clothing Generation and Power Suit.

Though not necessarily a superpower itself, it does grant high-tech powers to the user.

The user utilizes a specialized suit of armor by using technology alone. Armor may be powered by the user's thoughts, so the user would have to concentrate if the suit is to high-tech function properly. With all mechanical power the armor possesses, there are cutbacks. The suit may need a source of supply power to activate or the suit would use the user's life energy, thus rendering the user unconscious or dead. The suit may even enhance the powers of those who already have powers. The suit may be equipped with all sorts of gadgets the user can use.